What is the Full Form of BCCI in terms of Cricket?

The full form of BCCI in Cricket is: BOARD OF CONTROL FOR CRICKET IN INDIA 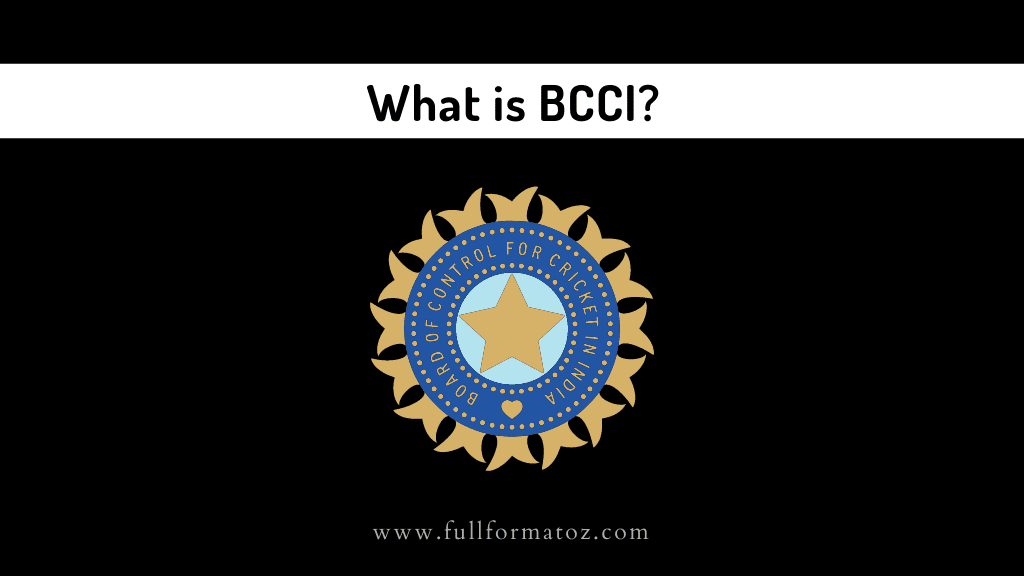 Founded in 1928, BCCI is the national governing body of Cricket in India and is affiliated to International Cricket Council.

The board was set up at Delhi’s Roshanara Club to end the monopoly by the British on cricket. It is an autonomous body registered under the Tamil Nadu Societies Registration Act.

Who is the president of BCCI?

At present Sourav Ganguly acts as the President of BCCI, he was elected in 2019.

What are the various facts about BCCI? 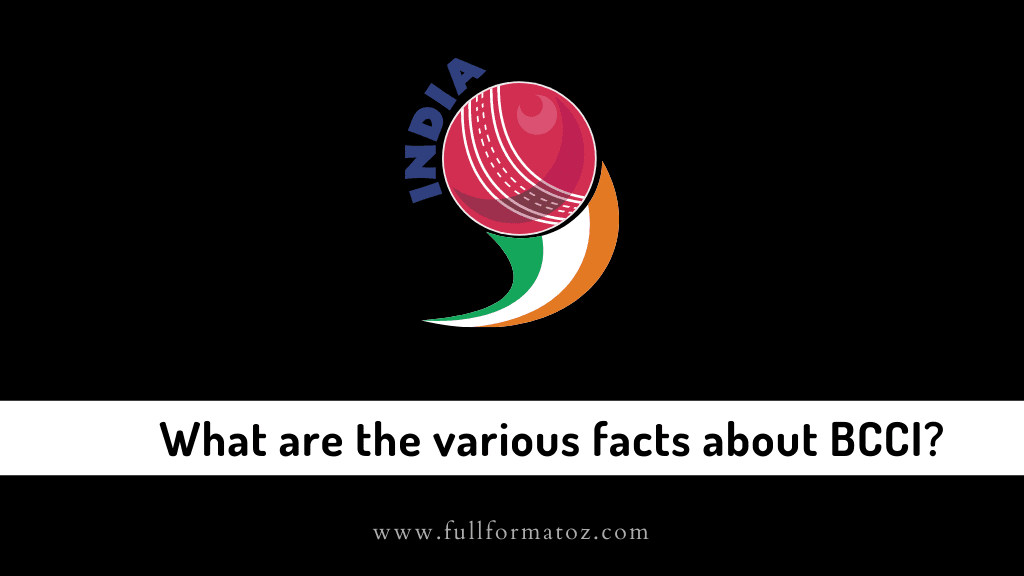 What is the difference between BCCI and ICC?

BCCI and ICC are two different governing bodies with different authorities in the field of cricket. ICC stands for International Cricket Council and is an international body which governs cricket all over the world.

BCCI is responsible only for the Indian cricket team.

ICC is also responsible for keeping a tab of all the records by players across the world. It represents 105 members and is known for conducting international events like Cricket World Cup, Under 19 cricket world cup, ICC T20 world cup,  ICC champions trophy and ICC Women’s T20 world cup.

On the other hand, BCCI is responsible for cricket events in India for example Indian Premier League, Ranji Trophy, etc.

It monitors cricket on the both domestic and international levels for the Indian Cricket team.

How to get a job at BCCI? 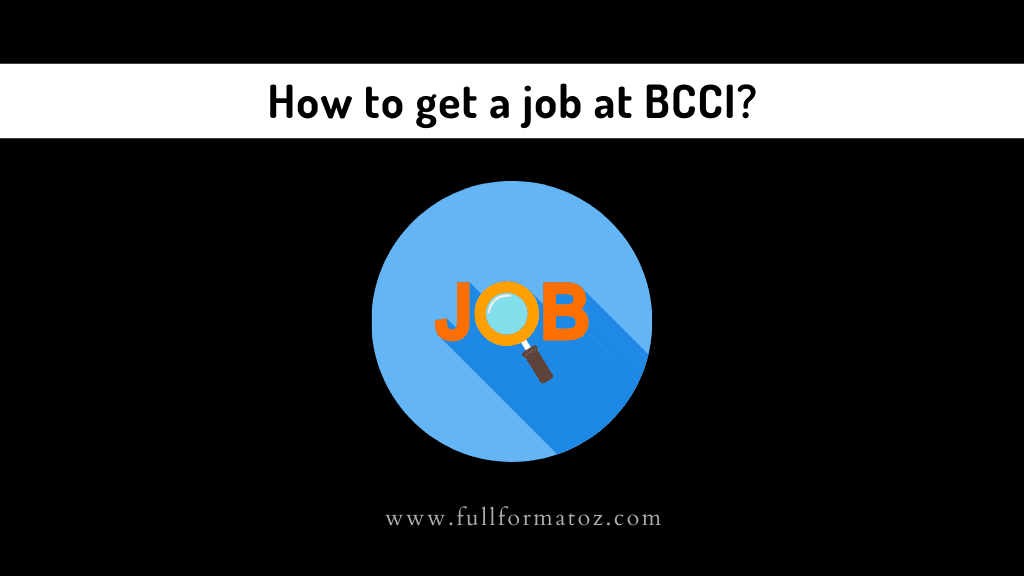 You can check the careers section in the official website of BCCI. You can get a job as a Cricket Scorer, Umpire, Commentator, Head coach etc.

You can email your resume at recruitment@bcci.tv to see if they have relevant vacancies for you.

What is the annual income of BCCI?

This income includes earnings from IPL (Indian Premier League) that is INR 2,500 crore or USD 345 million, Bilateral cricket with other nations which is INR 950 crore or USD 139 million and INR 380 crore per year or USD 51 million in a year from India’s share of ICC revenues.

Also Read: What is DLW in the Railway?

What is CoA in BCCI? 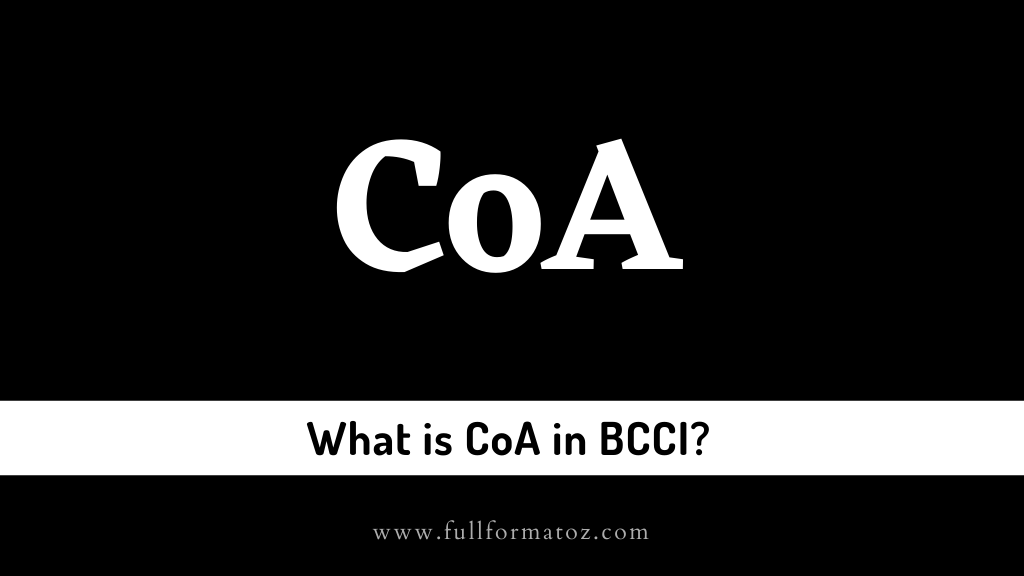 BCCI was criticized for its exploitative practices and had to tolerate corruption allegations with the sudden surge of Cricket in India.

Hence, the Supreme Court of India formed a four-member committee on 30th January 2017 which is to be looking after the administration of BCCI to implement Lodha Committee reforms.

These members include Vinod Rai, Ramchandra Guha, Vikram Limaye and Diana Eduji; Vinod Rai acted as the head of the panel and looked after the administrative duties until a new president of BCCI was selected.

On  9th august 2019, BCCI agreed to be attached with the anti-doping mechanism that is governed by National Anti-Doping Agency.

What is the Full Form of MOS in Mechanical Engineering?

What is the Full Form of TMC in water measurement?

What is the Full Form of NAV in Computer Science?

What is the Full Form of SMERA in Banking?

What is the Full Form of BPO in call center?